Hello! My name is Rhianna and I have been Cosplaying for just over 3 years now. It has been such an enlightening experience to indulge in the Cosplay world. I have learned so much and met so many beautiful people through this culture and I have completely fallen in love in the process. Cosplaying really teaches you a lot about yourself. Looking at yourself through a different light, embodying a character you adore or admire, really helps you gain a better perspective of your self image. Your believed flaws, both emotional and physical, seem to fade when you are in character. You aren't yourself for a day, you are a badass who kicks ass and doesn't stop to think negatively about themselves. That itself is powerful enough to keep me coming back. As with everything else, Cosplay also has it's issues. Being a young, female Cosplayer in the public eye (at Expos) I've been exposed to inappropriate, unwarranted comments that can sometimes leave a mark. It is easier to shake it off when in Character, but being overly sexualized can sometimes have a lasting effect. Luckily, I've met more great people than not, which makes it easier to ignore and push aside the negativity.

What are your next goals?

In the future, I'd like to hit more Expos and Cons than just one a year. I want to keep improving my current Cosplays, and focus on more building for future ones!

I have cosplayed: - April O'Neil - Kaylee from Firefly - Harley Quinn (in Arkham Asylum) - Nickles (from Orange is the New Black) And I am currently working on a Shredder costume! Shhh!!

What does Cosplay mean to you?

Cosplaying means embodying a character that I love, and getting to share it with like-minded fans and friends. I means feeling safe to love what you love, and share that love with other people without worry of judgement. Going to an Expo has always been a huge event within my social group, and we make quite the event out of it every year, so it means getting to share a wonderful experience with those closest to me. There are few times I have felt more confident than when I Cosplay, so it also reminds me to think better of myself

Felicia Day, Karen Gillan, Emma Watson, Jennifer Lawrence, and Maisie Williams have been huge influences and role models in not only Cosplay, but every day life. They are all confident, independent, badass women who own their bodies and aren't afraid to let people know. They all embody character traits I find truly admirable, and their characters have really touched me over the years. Amelia Pond, Hermione, Katniss, and Arya Stark (as well as the beautiful women who play them) make me proud to be a woman and a Cosplayer.

Do you have any advice or suggestions for upcoming Cosplayers?

My only suggestion for a future Cosplayer would be to not hold back, despite fear or uncertainty. When you walk in to an Expo or Con, you step into a new world that doesn't follow the same rules as the world outside. This is your chance to be everything you want, and it would be a shame if you let insecurities get in the way of that. No matter what, you are beautiful and awesome and fun, so own it.

What is the most negative experience you've dealt with while cosplaying, and how did you handle it?

I'd say the most poignant negative experience through Cosplay happened of course on reddit. Once you are hidden behind the veil of anonymity, people feel the need to express unwarranted, hurtful comments. I decided to post my Cosplay of April O'Neil, and while most of the comments were positive and encouraging, some felt it necessary to comment on irrelevant things like my weight. It was hurtful thinking that strangers felt it more important to put me down about something so arbitrary, and consider that a critique to my Cosplay. But, after some time, you gain a little perspective and realize that it doesn't matter. I felt great Cosplaying April, and I loved every second of it. That's what matters at the end of the day. 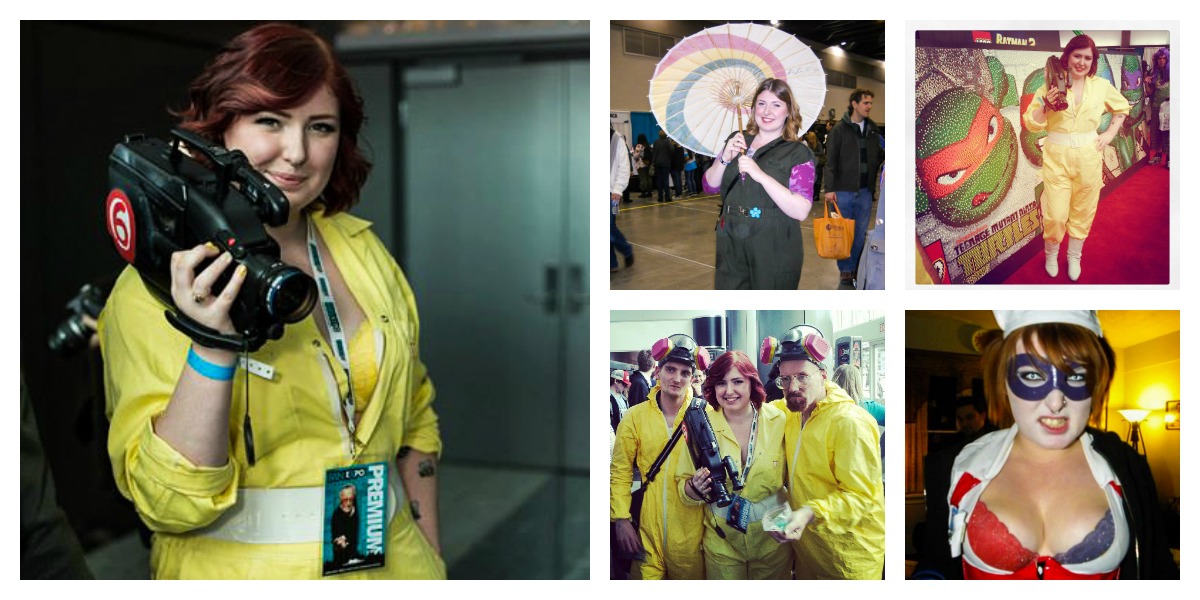